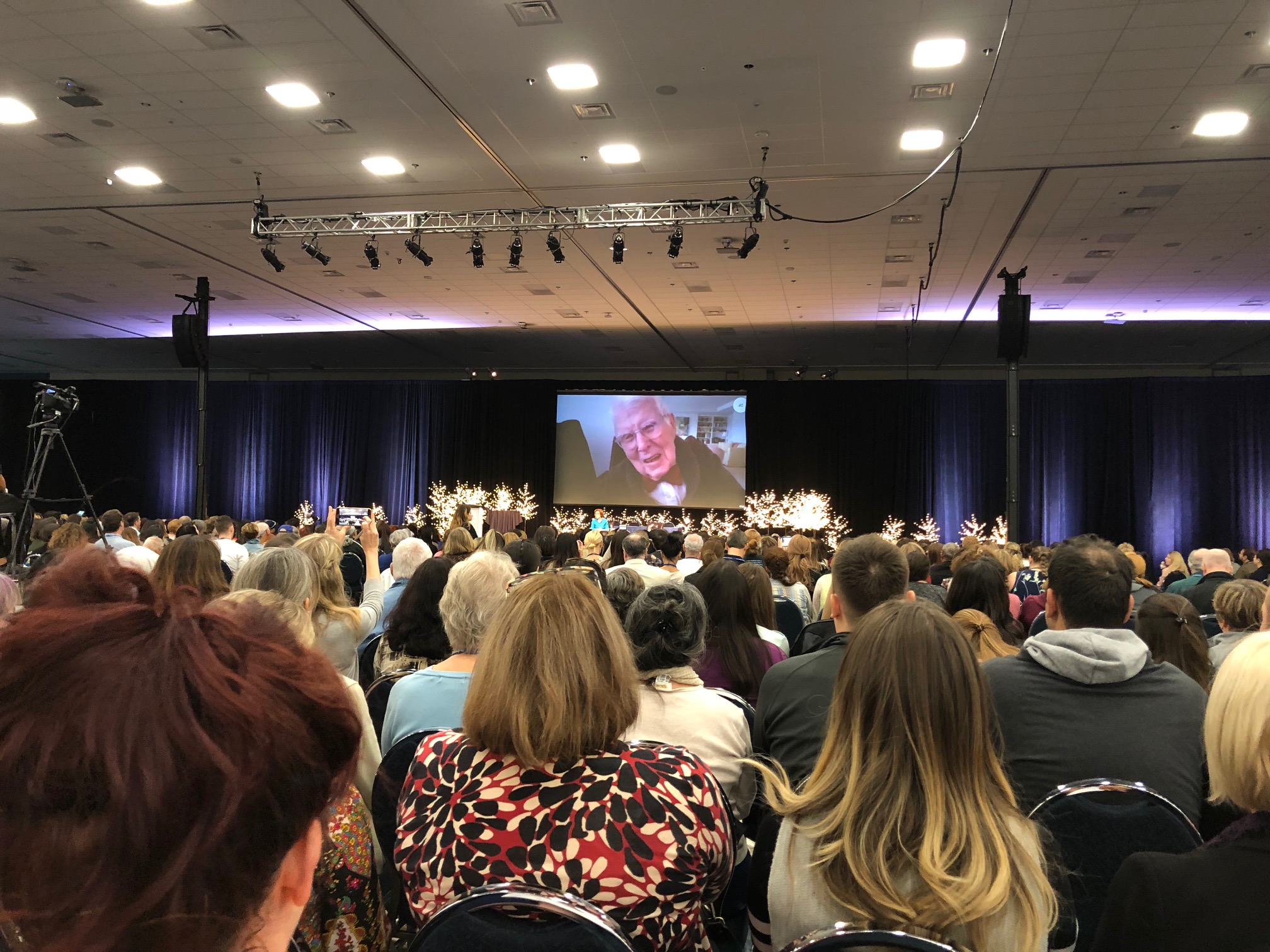 There is much we can learn from the elderly, and not just from their wisdom born of long experience, but the power of their intellect. To me this is never more evident than when attending the Evolution of Psychotherapy Conference held every four years at the Anaheim Convention Centre, most recently in mid-December. As usual, many of the stars of the show were aged in their 80’s and 90’s.

One such presenter was Dr Aaron (Tim) Beck, now aged 96, who did much to transform psychological therapy in the second half of the last century. By inventing cognitive therapy he helped us appreciate that it is not so much the circumstances in which we find ourselves that shape our experience, but our attitude toward them.

Dr Beck delivered a keynote address to more than 7000 psychotherapists about his ongoing clinical work with people with schizophrenia. Although he was too physically frail to attend in person, he described with great clarity his approach to help sufferers of psychosis. He described examples of helping people with schizophrenia to shift their focus from delusional beliefs by appealing to more adaptive desires underlying their delusions.

For example, he described how a male patient who sought to become pregnant was redirected to getting a dog from a dog shelter to satisfy his desire to nurture another. The client later got a job at an animal hospital. When many people approaching a century might be expected to be withdrawing from society, Dr Beck was helping the most withdrawn and marginalised to re-engage with the world. How impressive!

A long-time hero of mine is Dr Ernest Rossi, a pioneer therapist in demonstrating brief therapy techniques related to hypnosis that promote neurogenesis and neuroplasticity, or the development of new brain cells and connections between them. The same techniques trigger the switching on and off of genes that influence many physical and mental health conditions and abilities.

Dr Rossi, now aged 86, further developed many of these techniques after having a stroke about 15 years ago. He probably remains the most advanced and innovative therapist in world at relating psychotherapy techniques to principles of quantum physics, supported by a physicist and chemist on his research team. Despite relative deafness and reduced stamina, he helped yet another client go through profound change in a half hour on stage.

Dr Irving Polster at 95 remains a world leader in Gestalt therapy. He entertained us with an extremely moving and elegant live therapy demonstration with his volunteer client, an experienced psychotherapist from New York. Despite his loss of visual acuity to the point that he could barely make out her facial features, he helped the client further develop her readiness and confidence to engage in an intimate relationship, a problematic issue throughout her adult life.

He partly helped her do so by having her expressed deep truths both by whispering them, or singing them, in front of a large audience of fellow therapists. At one point the fast-talking client asked if he was following her. “I’m behind”, he readily admitted, “but I am following you”. Within 20 minutes or so there was a perceptible softening in his client’s demeanour, shifting her sharpness of expression and bringing out her humour and warmth to a point where the audience spontaneously clapped and cheered her for her honesty, courage and evident transformation. Dr Polster fell over a day or so later and was briefly hospitalised, but soon returned to run other sessions including a half-day workshop. Again, how impressive!

Other presenters in their 80’s included a range of other leaders in fields such as transpersonal, psychodynamic and humanistic therapies. Dr Phillip Zimbardo, an octogenarian social psychologist made famous by the Stanford Prison Experiment, continues to inspire international efforts to promote heroism in everyday life. He was his usual spirited self when delivering a keynote address to thousands.

Jeff Zeig, the conference organiser, remains as exuberant, curious and creative as ever despite now being in his 70’s. He invited the poet, David Whyte, and the composer, Rob Kapilow, to present on their work and help therapists appreciate what we can learn from the artistry of others.

Some years ago, Daniel Klein, an elderly philosopher, wrote a delightful book called Travels with Epicurus about living well in old age. He differentiated this period from old old age, when people are very infirm and their connection with the world is greatly restricted. Now knowing that we grow new brain cells throughout our entire lives in response to physical activity and new learning, we can revise and update our views of old age. We might recognise that many of the most inspiring people amongst us are already well beyond a once decent quota of three score years and ten.

Chris Mackey is principal psychologist at Chris Mackey and Associates, Geelong, and a Fellow of The Australian Psychological Society.

The Upside of an Ageing Brain

What’s a Mid-Life Crisis and What’s So Good About it?