All of us will face periods of transition in our lives which involve particular challenges. Some psychological adjustments relate not so much to external events, but to more internal challenges, perhaps associated with life stages and the aging process. Early last century Carl Jung spoke of psychological challenges which occur in our lives around mid-life, around 40 years of age give or take two or three years or after around 13 years of marriage.  It is commonly a period of both upheaval and potential growth.

A mid-life crisis commonly relates to a sense of turmoil that someone may have within themselves as they increasingly ponder spiritual questions such as, “Who am I?”, “What is life about?”, “Am I living the right way for me?”, “What are my priorities in life?, or ” What direction might I take in life from here?” People would be more inclined to ask such questions more keenly with a greater awareness that, even with a relatively long life span, their life would likely be half over. This increases one’s sense of mortality, often combined with a sense of loss of youth. People might be in a better position to ponder such questions having reached a stage of their lives where they could likely reflect on how they personally might wish to lead their lives more independently of the impact of past influences and decisions. Until the late 30’s many people would be leading their lives in a way which would be strongly influenced by their upbringing in terms of their parents’ influence, where they grew up, the influence of peer groups, and the impact of earlier decisions that they made in terms of career choices, choice of partner and the patterns and routines in their lives which they have already established. Towards 40 years of age people have a greater potential to understand themselves more as a person somewhat independently of these influences. Furthermore, people would generally be able to anticipate several decades further of life expectancy which may help justify making decisions which could cause great upheaval. People may then be more likely to ask themselves questions about how they are conducting their lives with greater poignancy or impact than usual. People may question whether they’re married to the right partner, whether they have chosen an appropriate career for themselves and whether they are acting in accordance with their own underlying interests and values. People may have a sense of regret about past decisions which have shaped their lives in a particular direction. When people are experiencing distress in the form of depression or anxiety related to other life challenges, such mid-life questions and challenges may add to a sense of confusion and perhaps despair.

A key thing to understand about a mid-life crisis is that it relates to an inner struggle in terms of the person’s relationship with themselves. Individuals around that time of life may be reviewing the extent to which they adapt to other peoples’ wishes and accommodate others relative to pursuing their own personal directions or interests which may assist them to feel that they are living their own lives in a more authentic manner. It may be confusing and at times distressing to weigh up potential sacrifices between one’s own goals and one’s key relationships when such interests appear to conflict. Individuals may recognize potential conflicts related to the persona and the self, that is the way one presents to the outer world and how one is seen by others (persona), and the way that they experience themselves from within. People may experience considerable conflict between other people’s expectations and views of them relative to how they see themselves. 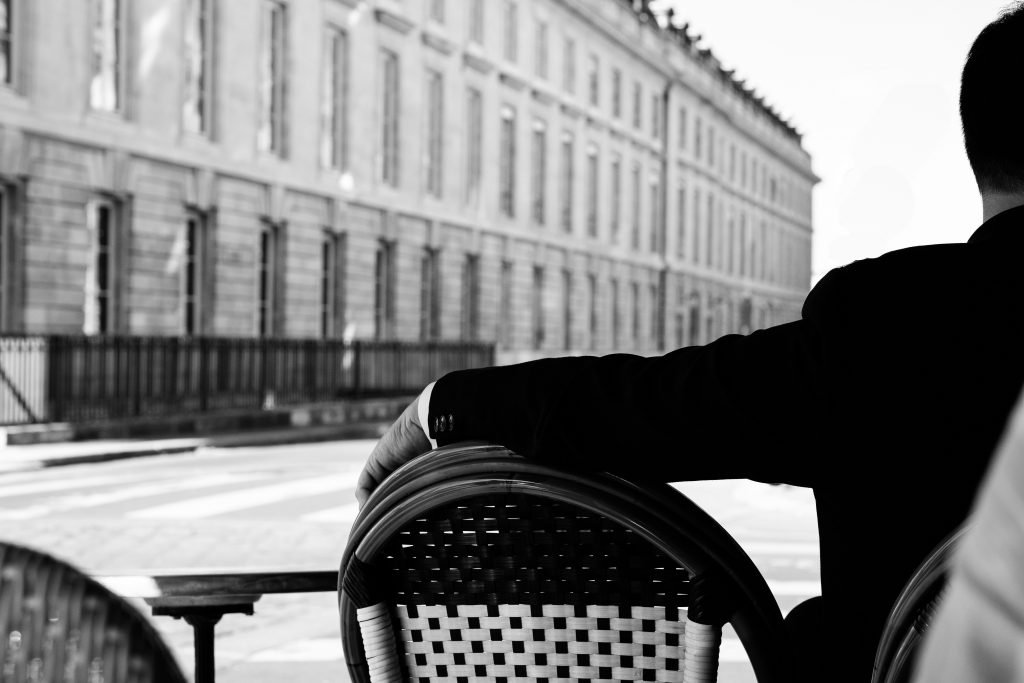 At the time of the mid-life crisis there is likely an inner striving for the person to become more balanced, rounded or whole in their personality functioning. Men and women may be drawn to further developing complementary aspects of their character more commonly related with the other gender: for example, women may become more goal-focused and assertive and participate more in activities outside the family. Men may be more inclined to make adjustments in their approach to work, may become less competitive and may focus more on their relationships. As Jung described, people may also be inclined to balance out other aspects of their personality to achieve a more integrated self, such as their relative emphasis on complementary ways of processing information and relating to the world including thinking versus feeling and using intuition versus sensation (practicality). These personality characteristics are explored in a widely used personality test, the Myers-Briggs Type Indicator. People may be confused as they face some, often unconscious, inner struggle to promote their less developed qualities. People may become drawn to others who either represent, or help them to develop, their less developed personality characteristics. This may lead some people to be more susceptible to having an affair with an individual who further stimulates their interest in developing their less developed qualities. Again, it helps for the person to be aware that the key issue is one’s development of one’s relationship with oneself in order to have a more integrated and rounded personality. Our dreams may offer us clues as to how we might draw on and further develop aspects of our personality to become more rounded.

Ultimately a mid-life crisis is about growth; although such challenging experiences can be unsettling and confusing there are many benefits which can result. Sometimes it is by acknowledging and mourning losses that we are in the best position to truly renew ourselves. The sense of psychological upheaval that people may experience around mid-life years can lead them to be more curious about and able to reflect on internal questions and experiences. People are more likely develop a greater awareness of themselves as a result of such questioning. People are likely to become more rounded as individuals and to develop further balance between the emphasis they place on goals they wish to achieve and nurturing their relationships. As a result of questioning one’s direction people can make decisions about changes that they wish to make in their lives. People can use this stage of relative flux to be more determined to make the changes that may help them in the future. People may find a better fit or match between and their own interests and their environment including whom they choose to associate with. People can gain a renewed energy from having a more refined purpose about their sense of direction in life. As a result of a greater awareness of mortality people can be more appreciative of what is most important to them. By facing uncomfortable and at times confusing feelings people may be better able to tolerate uncertainty and emotional discomfort whilst remaining reflective. This can help people to manage with future challenges.

Further relevant and detailed insights are well described in books by a Melbourne psychotherapist, Dr Peter O’Connor, including, “Understanding the Mid-life Crisis” and “Dreams”.

The Upside of an Ageing Brain