Chris appeared on 3CR’s Brainwaves program on October 30, 2019. On the program, they talk about the new edition of Chris’s book The Positive Psychology of Synchronicity: Enhance Your Mental Health With The Power of Coincidence, as well as his involvement with Channel 9’s TV Show Destination Happiness. This episode of brainwaves does mention the… Read more »

Chris featured on 3AW’s ‘Saturday Night’ program with Dr Sally Cockburn on October 26. The discussion revolved around Chris’s new book, The Positive Psychology of Synchronicity and the interview went for half an hour.

Libbi Gorr interviews Chris Mackey, clinical psychologist, about his new book, The Positive Psychology of Synchronicity before callers ring in to describe their meaningful coincidences. Recorded on ABC 774 radio Melbourne on 22/09/19.

This article sums up the main themes of The Positive Psychology of Synchronicity and plans for the book launch at Watkins Books in London.

An article about using media to promulgate positive message. In reference to the third season of Destination Happiness, starting back on Channel 9 on 7 September 2019.

This article is about containing the amount of time that kids spend on screens and using social media compared with being outside, or enjoying green time. 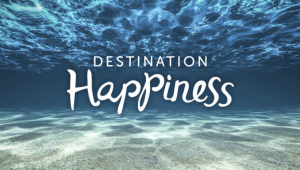 Mainstream media, including TV, radio and newspapers can have a very important role in promoting positive physical and mental health. Conveying health messages through popular media has a much greater reach than typical health interventions, which are generally targeted to individuals. As a clinical psychologist that is why I’m especially pleased to be involved in… Read more »

This article relates to a recent session by political journalist Laura Tingle on the impact of staff cuts on what news is reported and the way that it is reported. The session was at the Word for Word Non-Fiction Writer’s Festival that took place in Geelong in November 2017.