Today’s Geelong Advertiser article spells out the main theme that Chris will cover in monthly articles this year, following the theme of “it’s time for positive psychiatry”.

Research shows that approximately 75 per cent of young transgender adults have been clinically depressed, around 80 per cent have self-harmed and about half have attempted suicide. This article explores some of the scientific literature surrounding transgenderism.

This article advocates for a collaborative approach from local health professionals to be able to improve the health services across the board, particularly through focussing on the aspects of health related to mind, body and soul.

This article relates to the idea that mental health is often conflated with mental illness, which can distract from the notion of mental health as being a positive attribute that we can all further develop.

An article emphasising the need to develop our understanding of the mind-body connection, due to an over-reliance on external biological interventions, such as medication. 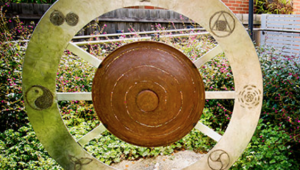 How can we improve health services across the board? A number of local health professionals in Geelong recently met to discuss this issue. The discussion was especially refreshing as we considered alternatives that wouldn’t require further funding or political support. This might be the way of the future given greatly rising health costs. A common… Read more »

Our WorkCover system is in need of an overhaul, at least in its handling of psychological injuries. Rather than helping injured workers have an optimal recovery, it often exacerbates their psychological difficulties. Problems include the invalidation of injured workers suffering from conditions such as post-traumatic stress disorder, unhelpful delays in treatment, and an unnecessarily long… Read more »