Over recent years I’ve noticed an increase in depression amongst bright, creative and resourceful young men in early years of adulthood. I think it hints at deep social and cultural change. This pattern contrasts with that expectation that mental health problems such as depression are more likely to be suffered by those who are less resourceful, less flexible in their thinking and who are socially disadvantaged.

The kind of depression I’m referring to has a strong existential element. It often arises in the context of people wondering whether they are pursuing an optimal path of study or work, and feeling unable to muster their usual motivation. They might also experience increased anxiety about the future, greater problems with concentration and reduced interest in usual activities. This distress, potentially including a sense of guilt or shame about not functioning at their usual level, can be accompanied by suicidal thoughts.

Paradoxically, the more confident and assured such young men may have felt in the past, the more unnerving these changes may be. Many of those I’m referring to tend to be perfectionistic, which has contributed to past accomplishments. However, their exacting standards might now heighten their current distress at their worsened functioning. Many have come from stable backgrounds with accomplished, resourceful and attentive parents. They may feel even worse about their predicament given that they haven’t faced the degree of hardship in life circumstances that many others have.

But if anyone finds themselves in such a predicament – feeling depressed and perhaps suicidal – this is a very severe challenge indeed. The emotions are akin to those associated with severe trauma. I remember those feelings myself when I was around a similar age.

It’s far better in this situation if one’s distress becomes evident to others who might be mobilised to offer support. Young men are often less inclined to acknowledge vulnerability or to independently seek help. Those with this kind of depression tend to do very well down the track after they have renewed their sense of life direction. In the meantime it helps if those afflicted, and their parents, know that they are not alone.

I believe this type of depression is influenced by the world being a much more complex place than previous generations have faced. The vastly increased range of choices in work and dramatic changes across industries can make it much more challenging to find an occupational direction that seems fitting. Greater choice can lead to greater stress, partly by inducing less tolerance for current circumstances being less than ideal.

Empathic individuals are more likely to experience pain associated with threats to the wider world in which we live. Bright, caring individuals are more likely to feel an onus on themselves to help improve things, especially as previous generations of leaders have seemingly failed in a number of spheres, including looking after the environment, containing population growth and managing inequality.

Those from younger generations will likely implicitly sense that they have to come up with something different themselves to address world problems. They might be inclined to look less to the guidance from elders who would historically have been a usual source of support, in order that they can find more novel ways of dealing with things. 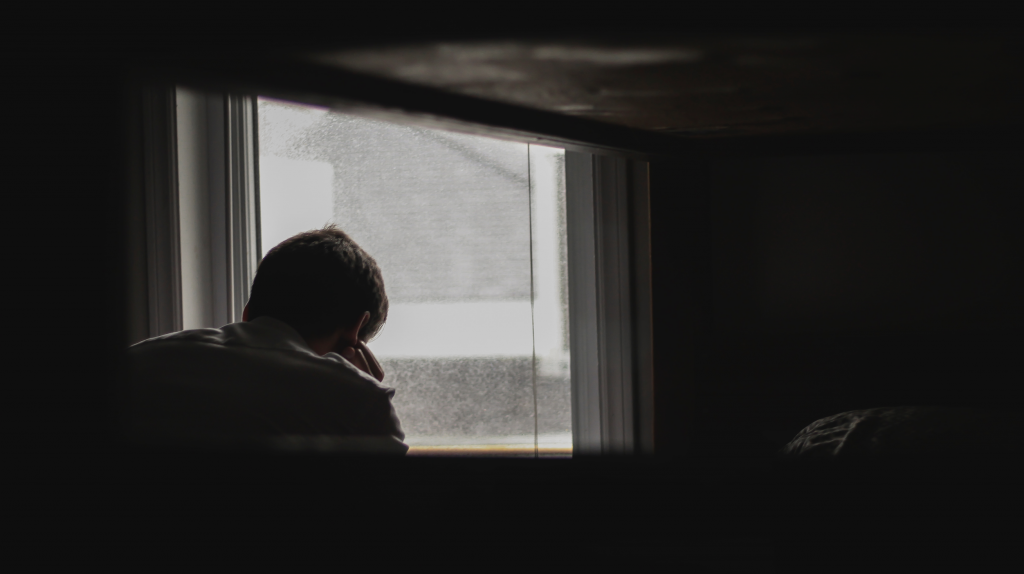 As Carl Jung, the noted Swiss psychiatrist, emphasised over 50 years ago, to address the world’s increased challenges we need as many people as possible to individuate, becoming more creatively and fully themselves.

True transformation often takes a kind of coming apart before we can get things together in a new way, more suited to changed circumstances. We need some of our best, brightest and most resourceful people to be prepared to step out on their own path, rising above mediocrity to help lead us to a more adaptive future.

If people are struggling in the meantime it’s important to realise that what is happening is not just some form of illness or failure. It might relate in part to processes of evolution. A system in crisis calls for new adaptations, and requires a wider range of new forms emerging and new ways of addressing problems.

But when in the midst of such struggles, it helps to be open to support coming from others, which might not just include parents or closer friends, but could also come from unexpected directions. Most people will experience a personal or psychological crisis at some point in their lives, especially at times of transition. It’s often part of becoming a more evolved version of oneself.

In the long run, the features that may contribute to this kind of existential depression, including more differentiated occupational choices, being more inclined to feel the world’s pain, refusing to accept the status quo and more actively questioning elders could be the very same conditions which help to create a new generation of leaders, better equipped to deal with the challenges that the world might face. In my view, those bright, creative people going through depression in early adult life are more likely than most to be the leaders of the future.

How to Deal with Suicidal Thoughts (video)

Never Take Your Own Life