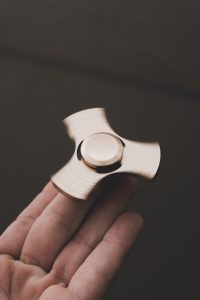 One of the most encouraging trends in the mental health field is that we are getting better at describing mental health problems in more optimistic ways. This includes adopting a “strengths approach”, where we don’t just focus on problems in people’s mental or personality functioning, but also on their positive attributes that may help them work around particular problems.

A strengths approach also involves recognising that our brains work differently and that people with conditions such as ADHD, dyslexia, autism or bipolar disorder may have some advantages in their functioning as well as disadvantages. After all, if these conditions didn’t have at least some advantages they would not have lasted as strongly in our gene pool.

An optimistic mindset does not mean glossing over problems. For example, we can readily acknowledge that a condition like ADHD, or Attention Deficit and Hyperactivity Disorder, can be very disruptive to people’s achievement and relationships. As the name implies, the two core features of ADHD are inattention and hyperactivity, which have been evident across a range of situations from childhood. People can have mainly inattention or mainly hyperactivity or both together.

Children with inattention will often have difficulty keeping their mind on a task, listening attentively, following instructions, organizing themselves or remembering things. This can sometimes be confused with defiance or lack of effort. Hyperactive children will commonly fidget, be constantly moving and have difficulty staying seated or waiting turns. They may interrupt others or talk excessively.

Whereas such behaviours may be frustrating, the child with ADHD is not trying to be annoying. They will have extra difficulty with executive functioning, such as planning and regulating their behaviour and curbing inappropriate impulses. This is partly because their frontal lobes act less effectively. They also typically release less of the neurotransmitter, dopamine, which helps focus attention.

It is often thought that children with ADHD will outgrow it. However, approximately 15% will continue to have ADHD into adult life, and approximately half will have some ongoing symptoms. These typically include some combination of short attention span for routine tasks, distractibility, disorganization, procrastination and impulsivity. Such problems are associated with higher levels of high school dropout, substance abuse, job failure and divorce.

Even though it’s best to be wary of using unnecessary labels to diagnose people’s problems, there are a number of advantages to people recognising they have ADHD. Firstly, it often helps to have some potential explanation for one’s difficulties, emphasizing that they don’t simply result from personality defects or a lack of effort.

It can also help people to recognise that there are things they can do to help work around their problems. To help sustain attention, it’s worth pursuing activities or work roles in which you’re strongly interested. Regular physical exercise helps increase dopamine levels. Adding fish oil to one’s diet may help.

People can also practise strategies to be more organized and effective, such as using calendars, lists, breaking tasks down into steps and scheduling breaks. It helps to have structure or a framework for tasks. People can also draw on others’ assistance to help keep them on track. Medication can be helpful for many children and adults with ADHD, sometimes temporarily. It might lead to improvements in the classroom and at work, partly by stimulating more efficient frontal lobe functioning.

We gain some clues about potential advantages of having ADHD when we consider that many high achievers, including Richard Branson, Jamie Oliver and Thomas Edison, have experienced it. Positive characteristics often include creativity and flexibility, represented in original thinking and highly intuitive problem-solving. This helps to “think outside the square”.

People with ADHD may hyperfocus on things they are most interested in which can help people to be uncommonly productive in areas of strong interest. They might function especially well in highly stimulating and challenging environments where emergencies are commonplace. They can also often be brave and spontaneous.

Recognising and drawing on such strengths can help appreciate that our brains are wired differently. This can reduce stigma and self-criticism whilst encouraging the use of strategies to compensate and play to your strengths.

Mental health professionals might tend to under-diagnose ADHD in adults, as problems in attention might be attributed to other existing conditions such as depression, trauma reactions and sleep disorders. It might often seem unnecessary to add another diagnostic label. However, many people benefit when they understand they have an additional long-standing pattern of ADHD, perhaps after receiving help from professionals with extensive experience in that area. ADHD tends to run in families, so it is often helpful for a number of family members to recognise how it affects them and ways to work around it.

The Benefits of Attention and Hyperactivity Disorder (video)