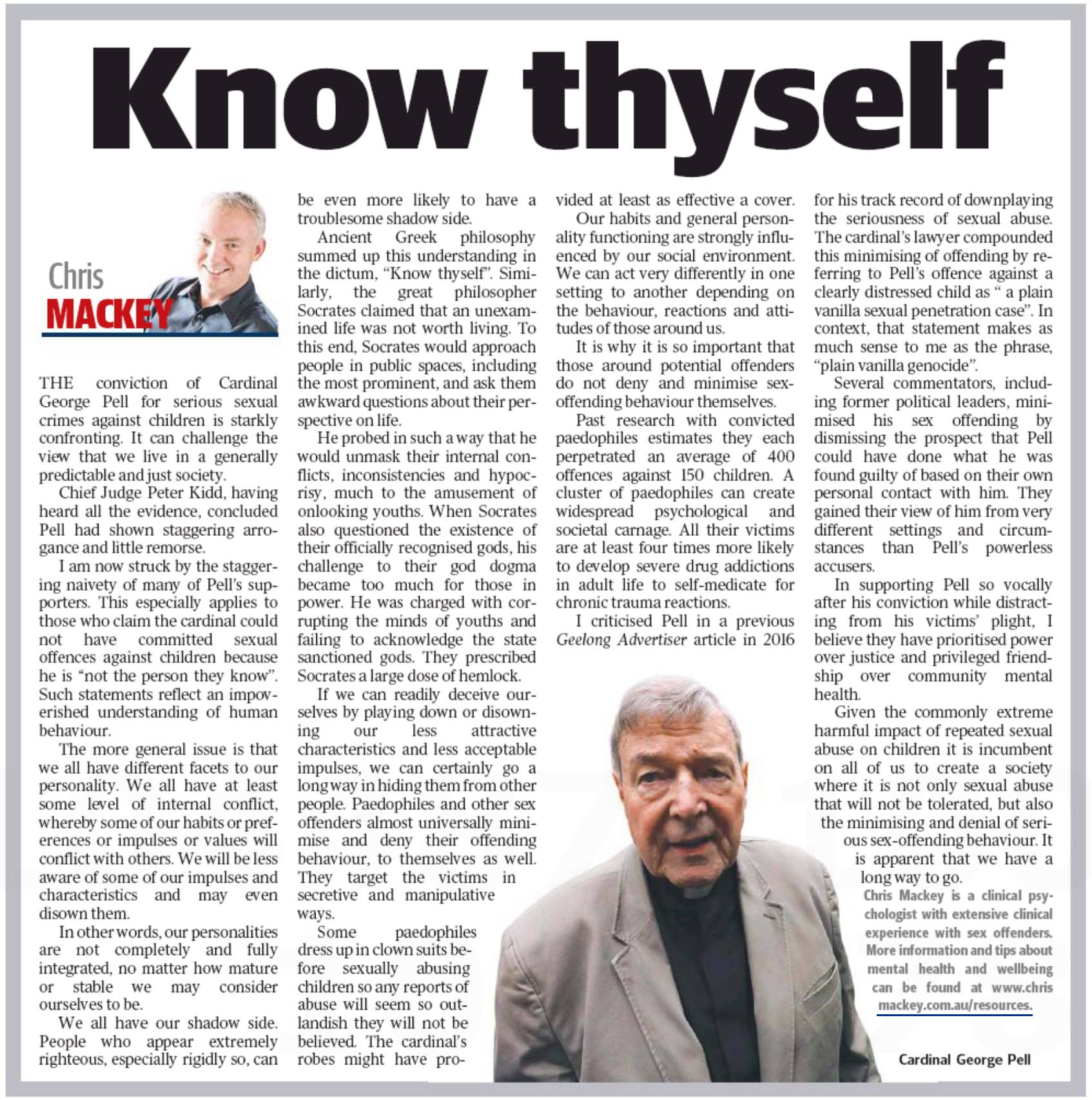 The conviction of Cardinal Pell for serious sexual crimes against children is starkly confronting. This article explores the idea of a shadow side and how one can mislead those around them as to the nature of their true character. If we can deceive ourselves by playing down or disowning our less attractive characteristics, we can certainly go a long way in hiding them from other people. This is particularly relevant in the context of Pell’s prominent supporters, who supported Pell after his conviction, without having taken in all of the evidence presented in the trial.