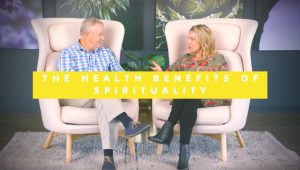 Angie Hilton sits down with clinical psychologist Chris Mackey to discuss the health benefits of spirituality. Spirituality can be seen as a private thing, so may not often be discussed unless we’re speaking to those closest to us, however, 25-30% of people in the Western world identify as being spiritual without necessarily affiliating with organised religion. Spirituality has many health benefits, both mentally and physically. People who identify as being spiritual tend to live longer, they tend to suffer less illness and recover faster from illness. They also tend to suffer less depression and record fewer cases of substance abuse.