Too much of a good thing – even a virtue – can be a problem. This point came to the fore at a Chamber of Commerce lunchtime talk presented in Geelong last week by Mark Bouris, the entrepreneur presenter of Celebrity Apprentice fame. That makes him Australia’s version of Donald Trump. So just as you call the Donald “Mr Trump”, you call Mark “Mr Bouris”.

I did not expect to hear Mr Bouris talk about virtues, but it was a welcome change, albeit less rare now, for a business event. These days there is more and more talk of psychological and philosophical issues in the business field. That is a good thing. Ultimately everything comes down to how we choose to live our lives. Money is secondary. It can help, but it’s secondary. And when we get on to the subject of how we choose to live our lives – that’s psychology! 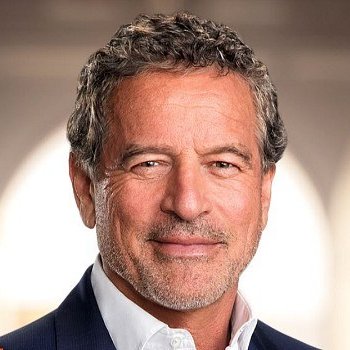 So it was refreshing to hear Mr Bouris talk about virtues. I was, however, struck by him suggesting that you didn’t hear much these days about virtues. That’s not quite right. The entire field of positive psychology, the largest growing field of psychology throughout the world, is based on pursuing happiness and meaning, in part through the exercise of virtues. In positive psychology virtues are referred to as character strengths. There has been a lot of practical work and research done in this field which is of great relevance to business.

Character strengths relate to the specific virtues most widely recognised across all cultures and all times. Twenty-four specific character strengths have been identified of which Mr Bouris referred to several, in particular persistence, leadership and also courage. Some others include curiosity, love of knowledge, perspective, kindness, capacity to love and be loved, fairness, self-control, gratitude and zest. These specific strengths relate to broader areas of virtue including wisdom and knowledge, courage, humanity and love, justice, temperance and transcendence.

Mr Bouris was quite right when referring to one strength, courage, that it could be overused. He highlighted that in its extreme form it would be recklessness, whilst the absence of it would be cowardice. In this he pointed to the teachings of Aristotle who emphasised the importance of finding a mean, or a balance, in exercising virtues. There can indeed be too much of a good thing, at least in our application of virtues.

But this theme went out the window when Mr Bouris talked about persistence. And, gosh, does Mr Bouris demonstrate persistence! He described that his regular routine involves getting up around 4:30 am before the gym. This is followed by breakfast, often accompanied by more than two hot beverages — presumably several cups of coffee. At the other end of the day he returns business emails at 11 or 12 o’clock at night as well as on weekends. He related this to leadership. If his staff were going to be sending him emails at 11 o’clock at night, he’d show them that he was prepared to do the same. He was right about leadership. That creates a culture.

But where is the balance in that? What happened to Aristotle advising us to find a mean? That doesn’t sound like a happy medium to me. No wonder that Mr Bouris suggested that he did not have a particularly good track record for relationships and that he needs more than one or two coffees to help crank him up at the start of the day. I don’t think this is what Aristotle was urging us to do.

To spell out more fully what Aristotle believed, he explained that a moral virtue is an aspect of character, exercised in a balanced way by choice, and consistent with what a wise man would do in any particular situation. The appropriate mean, or balance, would vary with the person and the particular situation.

How is it wise to be going at it hard all day in business to the extent that our relationships suffer and we need stimulants to function? That doesn’t sit right with me. I certainly agree with Mr Bouris that in business, or establishing any successful venture, you have to be prepared to go hard at it, and for a long period of time. I reckon you sometimes have to allow things to go out of balance in order for them to come back into the balance you seek down the track. Without a preparedness to go to very great lengths to make a venture a success it will often not succeed.

Persistence, just like courage, is a great virtue – but it can be overdone. I know a fellow who nearly killed himself on three separate occasions running off the road whilst driving back to Geelong, dog tired, after late shifts in Melbourne. It seemed that his decision to continue a tough job on late shifts well into retirement age, which he did more out of a sense of duty than satisfaction or need, was a result of excessive persistence in itself. I also remember being asked to visit a businessman in an intensive care unit in a hospital where I worked – the staff were naturally unnerved because he continued his work from a mobile phone in his coronary care bed. This was no more than a day or so after having his first heart attack. That was taking it a bit too far.

I would have to confess to not being the best person to judge on this score having worked beyond 1am or even 2am on many evenings for years whilst combining study, work, and building a busy practice. Fortunately, rewards did result from that, and not just for myself and my family, but there were sacrifices. It’s still debatable whether the extent of my work-related efforts and priorities were justified.

But as much as I’m not in a position to judge, I can rightfully question Mr Bouris’s emphasis that for Geelong businesses to succeed we should mainly focus on fighting hard in terms of showing extreme persistence. I certainly believe that persistence is extremely relevant and necessary, especially for business leaders, but only when used along with other character strengths and not to unending extremes.

I think that one of the best thing that leaders can do for their businesses, large or small, is to identify and wisely exercise their own greatest virtues or character strengths, in relative balance, taking their specific circumstances into account. One or two cups of coffee may well assist. Or not. There are different ways of going about it.

What we do have to guide us in this is the maturing science of positive psychology. We might as well plan to draw on all of our virtues, not just a few, as they all have advantages for business as they do for every other aspect of life. We might as well focus on our own specific core character strengths. Mr Bouris’s core strengths might well be persistence and leadership. I’ll bet they are. But there are many other strengths as well. My own are creativity and perspective. I might as well focus on using them… but not overdoing them either. However, thinking of new ways of using those strengths in combination will generally give me a better return than focusing on persistence and leadership. They are only middling strengths for me. Mind you – thank you Mr Bouris – I shall use those two a bit more since you energised us all with your passion and entertaining talk. The anecdotes about Kerry Packer were terrific – and hilarious! 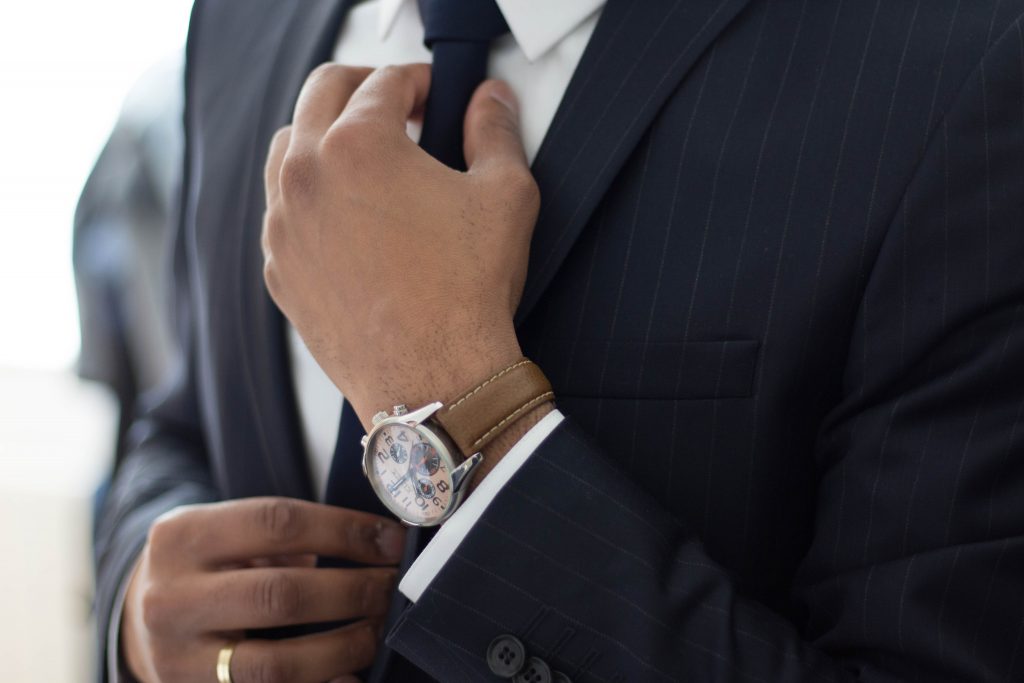 So where does that leave us? I reckon we can all benefit from learning what our top character strengths are and milking them for what they were worth — without overdoing it. We can also develop the other strengths. For example, we can bolster our one or two lowest ones, because without doing that we are even more likely to get into trouble. Research has shown that bolstering our lowest strength whilst actively drawing upon the top one works well — just as well as finding new ways to exercise your top two strengths in combination.

I would encourage all business leaders, indeed all business people — indeed the entire adult population — to learn what their character strengths profile is! There is a scientific and reliable way of going about this. It’s free and it only takes about 45 minutes.

The Signature Strengths Questionnaire can be accessed at the website authentichappiness.org.au. You can print out the results. Instructions on how to interpret your list of strengths are available in a blog, “Identifying Your Signature Character Strengths” which you can find at the weblog page of our website, chrismackey.com.au. under the topic, “Positive Psychology”. Doing those things will help guide you as to how you get the best return for effort in improving your and your team’s performance and wellbeing. I encourage you to do this in the next few days while the issue is fresh in mind.

I know these techniques work. We have been applying them in our psychology practice over the past ten years. Indeed, our practice has used them to become one of the first dozen businesses entered into the Geelong Business Excellence Awards Hall of Fame. Not many years before that I didn’t believe I had a business bone in my body. But it turns out that about fifty per cent of what is involved in business overlaps with psychology, and that is a field that I know really well.

It’s great to see business leaders talking pop psychology, but I like to see people get it right. I will have more to say on this topic after returning from the next International Congress on Positive Psychology to be held in Los Angeles late next month. I shall be presenting there on “Introducing Character Strengths into Diverse Organisations”, based on our experience on doing this with a large non-profit organization for disadvantaged youth, an AFL club and our own practice. I look forward to bringing back information about international developments in the field which I shall present at a free public talk in November.

Positive psychology practices are increasingly being shown to improve performance and well-being in many areas of life. We know, because we are actively contributing to that research. It works! But there’s a little more to it than meets the eye. We shall also be conduct further training for Geelong businesses in the second half of this year through a series of seminars and workshops.

How Many Hours Should we Work?

How to Avoid Burnout (video)

In the Name of Beyond Blue, we Just Got Jeff’d