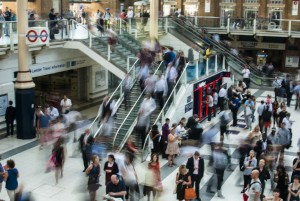 The most harmful thing about sexual abuse is the extremely invalidating impact it has on a person. The abusive experience typically causes sufferers to feel that they don’t count. Their wishes and interests and feelings don’t count. They have been treated as an object for the sexual gratification of the perpetrator. It strips them of their dignity and humanity.

Compounding this situation, those who have been sexually abused may take unwarranted responsibility for the abuse having occurred. Those abused as children are at particular risk of experiencing a strong and lingering sense of shame and guilt. They may be preoccupied with the question of why they were singled out for such a terrible experience to occur. Their sense of personal blame or responsibility is also usually influenced by the perpetrators having taken no responsibility for the abuse, or the harm it caused, themselves. Perpetrators rarely acknowledge that the person they sexually abused was in an uncommonly vulnerable position because of the perpetrator’s additional power or authority in the relationship, including having been held in a position of trust.

Common trauma reactions of those who have been sexually abused include lingering intrusive distressing thoughts, visual images and feelings related to the abuse itself. When memories of the abuse are triggered, such as by any reminder of the abuse or the setting in which it occurred, they may experience an intense burst of anger or fear, sometimes called a fight-flight-freeze response. People may try to deal with such distress by avoiding a range of situations and numbing their feelings. They may typically view the world as being relatively unsafe and other people as being inherently untrustworthy. This commonly leads people’s emotional and social lives to be more restricted, and perhaps chaotic.

Those experiencing psychological trauma from sexual abuse by a previously trusted individual are especially vulnerable to a wide range of psychological and social problems. These include persistent anxiety, recurrent depression, substance abuse (commonly for self-medication), difficulty managing anger, sleep problems, and relationship problems. Those affected may forever remain more wary and distrustful in relationships. They are more prone to physical illness and complaints.

The impact of sexual abuse on an individual will vary in part according to the nature and circumstances of the abuse itself. However, a single episode of seemingly more minor sexual abuse is enough in many cases to cause considerable long-term distress, as it still may symbolize to the person that they don’t count. The objective impact would understandably be greater if the abuse is more severe, repeated, disowned, and perpetrated by a trusted authority figure in circumstances where a person might expect to feel very safe.

The impact of abuse will also be affected by an individual’s own personality and characteristics, including their age at the time of abuse, history of other stressful experiences, coping resources, and availability of social supports.

How people respond to trauma is greatly influenced by the reactions of those around them. Individuals who have been sexually abused tend not to speak up about the abuse owing to an unwarranted sense of guilt or shame. They fear how others will respond, including whether they will be believed. The impact of a traumatic event as secretive, exploitative and unexpected as being sexually abused by a trusted authority figure will likely be especially strongly affected by the reactions of others to the abuse.

This adds to concerns about the inadequate response by many religious and community care organizations regarding allegations of sexual abuse by one of their members. Any response that denies or minimizes abuse, or disowns any responsibility of the perpetrator, compounds the distress of the person who was abused.

To assist in healing, it is important that people who report abuse are supported, validated, and have a safe place to which to turn. Many individuals who have reported church-related sexual abuse have found the opposite to occur at their time of reporting it, and for a long time thereafter.

If church organizations are perceived to be dismissive of a sexual abuse victim’s genuine reports of the abuse, the person may feel that those to whom they should be able to turn to for support and safety, have not only perpetrated abuse on them, but have further denied that they deserve support or protection. Again, the message is that they don’t count. If the person previously looked to the church as an avenue to connect with a spiritual dimension in their lives, this could further undermine their sense of faith or meaning, perhaps plunging them into a spiritual, as well as a psychological, crisis.

As the broader community is coming to understand more about potential consequences of sexual abuse, greater steps are being taken to address it. One example is the establishment of the Royal Commission into Institutional Child Sexual Abuse.

A most heartening local initiative has been the establishment of a support committee under the leadership of Fr. Kevin Dillon AM, Parish priest of St Mary of the Angels Basilica, Geelong, for those who have suffered from church-related sexual abuse. The committee, called Lifeboat Geelong, recognises the harmful effects of abuse and offers help and tangible support to sufferers to show their plight is recognised – and in fact they do count. Lifeboat Geelong provides a constructive example of a potentially healing response to reports of church-related sexual abuse, perhaps also helping sufferers to further restore their sense of dignity and faith.