This article is about those for whom Christmas is not such a joyous time because of painful childhood memories.

The conviction of Cardinal Pell for serious sexual crimes against children is starkly confronting. This article explores the idea of a shadow side and how one can mislead those around them as to the nature of their true character. If we can deceive ourselves by playing down or disowning our less attractive characteristics, we can… Read more » 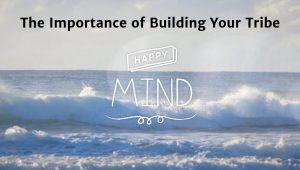 Clinical psychologist Chris Mackey discusses the importance of building your tribe. When you find the people who you share interests and passions with, it’s important to cultivate those relationships as they can be a tonic for the mind, body and soul. This clip was taken from series 2, episode 5 of Destination Happiness.