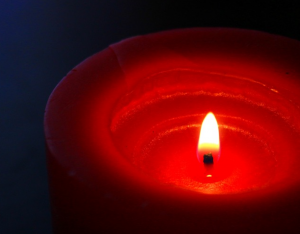 Synchronicity relates to meaningful coincidences that occur with such uncanny timing that they seem to go well beyond chance. To the uninitiated, this may result from someone looking out for such coincidences, or merely responding to the human tendency to find patterns in what we perceive. To those who have experienced striking synchronicity on innumerable occasions, it is ultimately because some coincidences occur with such uncanny timing that it is objectively clear that they do in fact go beyond chance. Mainstream psychology, based on a scientific approach, accepts a hypothesis as valid if it is backed up by research outcomes that have less than one in 20 chance of being obtained by chance. Some synchronistic experiences, including psychic predictions that have been proved accurate, occur with a probability of less than 1 in a billion according to scientists, including Dean Radin, who was employed by the U.S. government to explore such phenomena. This was also demonstrated in the early experiments of JB Rhine, cited by Carl Jung, and the more recent work of the esteemed psychologist, Darryl Bem.

Extensive evidence for these contentions is documented in my book, Synchronicity: empower your life with the gift of coincidence. The development of the capacity to experience synchronicity on a regular basis is related not so much to superstition or gullibility, as some presume, but of processes of enlightenment related to more advanced stages of human development. Mainstream psychology fails to recognise this owing to its general lack of capacity to appreciate spiritual or transpersonal phenomena, as a result of its overly reductionistic paradigm. This is to its cost. The term “psychology” etymologically means “study of the soul”. There is not much soul in mainstream psychology, and even less in modern psychiatry, a field that is even more reductionistic.

This is a core failing of these disciplines. To many people, notions of soul are as important as any other notion when considering one’s life in totality, or making sense of one’s life path. If mainstream psychology and psychiatry aspire to being key disciplines in understanding the human mind, then how can they exclude conceptions of soul? I believe this modern disconnection of psychology and psychiatry from their etymological roots contributes to disruptions in many people’s sense of connection to others and to themselves at a deeper spiritual level. Around 100 years ago, Jung suggested neurosis often resulted from detachment from spiritual experience. He lamented this, especially as he believed that rather than transpersonal beliefs being unscientific, such perspectives were more consistent with modern physics than conceptions that exclude notions of connectedness between internal consciousness and external matter.

When it comes to the intricate and powerful connections between our inner and external reality, Jung felt this was most clearly revealed in the phenomenon of synchronicity. Synchronicity: Empower your life with the gift of coincidence offers a 21st-century take on such ideas.

– Chris Mackey is a Fellow of the Australian Psychological Society and is the principal psychologist at Chris Mackey and Associates, with 35 years’ psychotherapy experience. See www.synchronicityunwrapped.com.au for additional blogs, radio interviews, book details and other information about synchronicity.