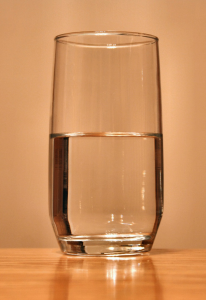 Mental health ought to be a significant issue in every federal election. Recent statistical findings highlight this need. Firstly, suicide is now the leading cause of premature death in Australia, and the leading cause of death in 15 to 44 year-olds. Eight Australians deliberately take their lives each day, double our road toll. Furthermore, one in five Australian adults suffers from mental illness in any one year, and one in 10 Australian adults take antidepressant medication every day. Our mental health system seems broken. Some might say that this is because we spend far less on mental health services than physical health, comprising just 7 per cent of the overall health budget. However, I believe there’s a deeper issue that any amount of money won’t fix. It’s that the leading field in public mental health, modern psychiatry, is based on a flawed and pessimistic model.

We only need to consider the common psychiatric explanation for depression, the common cold of mental illness. If someone experiences depression, with features such as low mood, lost interest in activities and poor sleep, they will commonly be told the following. You have a biochemical imbalance in your brain caused by faulty genes, and you will need to take medication to fix it, perhaps for the rest of your life. Many other mental health problems are explained in the same way.

You couldn’t come up with a more pessimistic script if you tried! This asserts that someone has a permanent and pervasive cause of their difficulties that requires an external fix. By definition, that’s a pessimistic explanation. This is despite decades of positive psychology research showing that our success and well-being in many areas of life, including in sporting achievement, political competition and physical health, depends on the extent to which we adopt optimistic rather than pessimistic viewpoints.

How could it be that in the mental health field, the field that should incorporate apply such research better than any other, we continue to allow a quintessentially pessimistic viewpoint to prevail, especially when it’s not even true. In our practice we have conducted research on over 600 adults suffering from major depressive disorder. The third who have received therapy alone have recovered as well and as quickly as the two thirds who have received therapy plus medication. We shall be presenting on these findings next week at the World Congress on Behaviour and Cognitive Therapies in Melbourne.

The potential harm from the standard psychiatric explanation is more recognizable when we consider the placebo effect. We now know that approximately 75% of the benefit of antidepressant medication can be accounted for by the placebo effect. Because there is no active ingredient in the placebo pill, people often presume that it will have no impact. However, placebos are often effective in reducing symptoms, and even induce similar shifts in brain chemistry to antidepressants. Suggestion works! If suggestion is so potentially powerful in itself, then why don’t we give people optimistic explanations for their problems rather than pessimistic ones?

Why don’t we tell those suffering that their depression is understandable given a particular set of circumstances, that they have lots of inner resources to help address their difficulties, and that they are likely to gain much in the long run by actively working through their problems. They might need to learn additional coping skills. But they are likely to end up feeling their usual self, often with further benefits from increased self-awareness. I have made a career out of telling people these things, which generally proved true. Admittedly, this often came after significant struggle.

Our mental health system has largely ignored the mind’s innate capacity to heal itself. This capacity is enhanced by giving people realistic messages of hope, recognizing and building on people’s strengths and mobilizing their social supports. Medication will have its limited uses. Various forms of therapy will have broader uses. We also need to think of mental-health interventions that can have an even broader impact still, often at less cost. Anything which helps people engage in physical exercise, socialize, or learn and apply skills can enhance mental health. Improved diet may help. But the most useful interventions will be ones that promote an optimistic mindset.

Governments don’t need to buy into pessimistic explanations about mental health problems. Politicians might first benefit from applying positive psychology research and campaign in an optimistic manner (remember Obama’s “Yes We Can” mantra). Beyond that our leaders might focus on spending our mental health dollar on interventions that help shift our mindset in a realistic, but more positive manner.